Your guy has just dropped the proverbial bomb on you. He’s told you he “needs time to think about our relationship.” While this might seem like the beginning of the end for your relationship, it’s not always the case.

He needs time to think about our relationship:

If he’s told you that “he needs time to think about our relationship,” it might mean that he’s already taken the first step towards breaking up with you.

Rather than clearly saying that he wants to end things, he’s taking the “easy” way out using a more mild or indirect version of the truth.

The fact of the matter is that your boyfriend has already spent plenty of time thinking about it and has decided that he wants to end your relationship and start new with someone else.

2. He likes being in control

Is this a toxic character trait of his? Does he drop scary lines like this and then disappear, leaving you to worry until you reach out to him? He thinks you’re answering to him. He’s making you wait for his decision.

Your boyfriend is not the master of your relationship. Consider whether or not it’s worth putting up with him and/or this kind of behavior.

Most guys have a strong fear of commitment. This fear stems from rejection early in life– from his parents, ex-girlfriends, you name it. He’s been hurt before and is scared to dive in 100%.

The truth is he might actually have strong feelings for you. So strong, in fact, that he’s in a place where he’s terrified to go any further. So what can you do? You can communicate with him by simply asking him what he’s feeling.

I go more in-depth about the importance of communication further down in the blog (here).

4. He wants to see someone else

The sad reality is that your boyfriend might want to date other people. In fact, he’s probably already found someone else.

I know this hurts to read, but try your hardest to see the silver lining.

The Silver Lining: You’re not going to be wasting any more time on a man who isn’t interested in you. You’ve dodged a wrecking ball. And the fact that he’s ghosted you is a big red flag regarding what kind of person he is.

There is someone out there waiting for you. Let this one go and be okay with it.

Related: 23 Guaranteed Signs Your Soulmate is Thinking About You

5. He needs time to think about your relationship

When he told you that he needed time, that’s exactly what he meant.

When men need to process things, they spend time alone. In the super olden days, men would “leave the tribe” and go off into the woods for a few days, alone with their loincloth and simple thoughts, and then return to the tribe, rested and de-stressed.

Women would and do tend to process things by expressing their feelings to other people–to other members of “the tribe.”

In his stupid alone time, he’ll be asking himself the following questions:

Maybe your boyfriend is stressed and needs time to process things? Channel your RBG and honor his request for time to think about things.

People in relationships progress at different paces. Your new man may be moving at a slower pace than you, and that’s okay.

Think about relationship pace this way:

While it’s perfectly normal to move at different paces, you should both be on a mutual path towards a more intimate, emotional connection.

So if you’re in a long-term relationship, and he’s begun to pull away, you deserve a better explanation than, “I need time to think about the relationship.”

You’re entitled to an honest explanation from your partner.

Related: Why Men Pull Away

It means that he’s not able to give you what you legitimately need on an emotional level. It is what it is.

Giving you what you need emotionally can shown by him:

If your boyfriend is emotionally unavailable, strongly consider moving on and finding someone who can give you everything you need.

What Should You Do? (Long Term Relationship)

Ask him what he means when he says “he needs time to think about our relationship.”

Ask him what he’s unsure about and have him clarify exactly what is worrying him. It might take some poking and prodding, but in the end, you’ll have a much better idea about what’s going on in his head.

You won’t be left worrying about the worst possible scenario.

Communication & confrontation can be hard, but it’s the key to moving past big issues in a relationship. You can do this.

Related: Make Him Want You

2. Give him the space he needs

Sometimes the best thing you can do is nothing. So do nothing and give him the space he needs.

I’m going to be generalizing here, but as a man, I can say that most guys I’ve met need a significantly larger amount of alone time than their female counterparts.

I understand that he’s not simply “asking for space” and instead says that he needs time to “think about the relationship.” But he may be telling you this as a last-ditch effort to get some much-needed solo time.

He may feel smothered, and he really sucks at communicating his needs to you. Please give him a decent amount of time to himself. And wait for HIM to reach out to you.

Remember, you guys have been in a relationship for a while now. One built on love and mutual trust. If he says he needs time to think about things, give him that time. And be willing to accept the results.

3. Examine your own reaction & feelings

Take advantage of this time apart to examine your own feelings and gut reactions to this.

Think deeply about the following questions:

Take this time as an opportunity to do some deep self-exploration. Regardless of the outcome, you’ll have grown and will be better off.

If he reaches out after a few days and tells you he’d like to continue seeing you, great—the ball is in your court, and you get to decide.

If he ghosts you completely and never talks to you again, ALSO good. You can move on knowing you were honest with yourself.

You’ve done the self-exploration. Now it’s time to take a deep look at the relationship.

Ask yourself the following questions:

Considering all of these things coupled with some time apart will give you a much better window into your relationship’s actual health.

Who knows, he may come running back to you, but you may have decided, after thinking about your relationship, that you don’t actually want to continue. And that’s perfectly okay.

What Should You Do? (New Relationship)

1. Break up with him

The first few months of dating someone new should be light and happy, filled with tons of great bedroom time, conversation, and time spent together.

So if it’s only been a few weeks and he tells you he needs time to think about the relationship, end things with him immediately.

Why? This is a major red flag this early in the relationship. You deserve better than this. Don’t pin your hopes and dreams (and self-worth) on this guy.

There are plenty of men out there who want to spend time getting to know you. They want to shower you with love, intimacy, gifts, and time.

I get it. This idea might make you uncomfortable. Dating multiple men at once is out of your comfort zone, especially if you’ve never done it before. But trust me when I tell you that it’s more exhilarating than it is scary. And it will work WONDERS for you.

Analogy: Diet Pepsi’s not my thing, but it’s okay. Ooh, what’s this? Dr. Pepper? OMG, so good but a bit too sweet. Sprite? Tart and satisfying, but I need something with a richer flavor. Hmm, what’s this Diet Coke thing? OMG, Diet Coke is my jam!

If you’re still not sure about this advice, then think about it this way:

By telling you he needs time to think about the relationship, the man you’re dating has relinquished any “claim” to you.

So spend time meeting men, determining what you’ll stand for, and find a good fit. 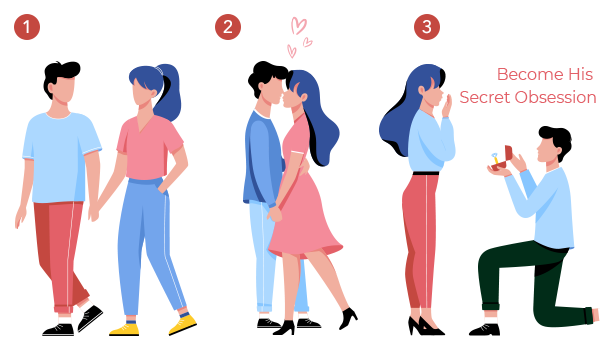 3. Dive into your interests, hobbies, & time with friends

By diving headfirst into your interests, you’ll be spending time with just yourself. You’ll become more comfortable being alone. And since you’re doing stuff you love, you’ll begin to exude positive, attractive energy.

Your whole “vibe” or “energy” will shift. The world will see how happy and content you are. And you’ll become intoxicating to the opposite sex.

Besides your new, sexy, independent vibe, you’ll also be spending quality time doing things you love, WITH people you love. And it’ll nurture your soul. And who knows, maybe in this process, you’ll meet the perfect dude?

So what it do, baby boo? If you’re ready to get that man, take a quick free lesson from a pro who has been there and done that. International relationship expert James Bauer has mapped the genome into men’s hearts.

Through years and years of experience and for hundreds of women (not in a creepy Drunk Uncle way), he has built a program. And it’s ready for you; click the button below to get a free taste of relationship advice from James. 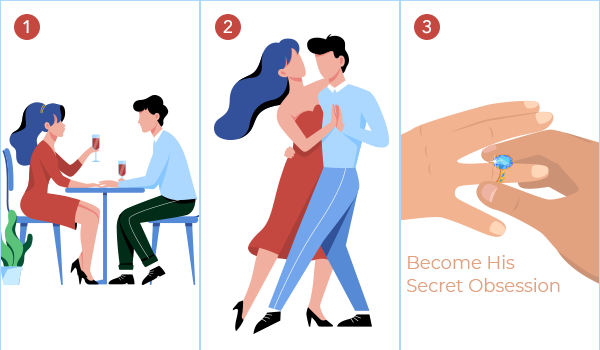